We come across magnificent churches and monasteries, fairytale castles and mighty fortresses that were built throughout the centuries, telling us about the Carpathian Region’s vivid history and its inhabitants. Many of these cultural gems are meanwhile UNESCO World Heritage. Along this route, we also came across the notorious Bran Castle, which achieved worldwide fame through Bram Stoker’s character Dracula, who allegedly inhabited the awesome building. 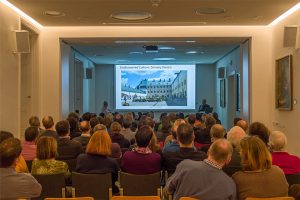